skip to main | skip to sidebar

Angela Merkel: A Leader of Stability, Civility and Service

I will miss Angela Merkel. She has been Chancellor of Germany for 16 years, since 2005. Before that she was leader of the opposition from 2002-2005. During her tenure as chancellor, Merkel frequently was referred to as the de facto leader of the European Union.

Angela Merkel grew up in East Germany, daughter of a Lutheran Clergyman. She obtained a doctorate in Quantum chemistry in 1986 and worked as a research scientist. At the age of 51 she became Germany's first woman Chancellor.

Merkel hands over power to Olaf Scholz who becomes chancellor on Wednesday, Dec. 8, part of a 3-party, coalition.

Angela is a strong, modest, calm woman; she is seen as a political giant. Leading through many challenges in Germany and throughout the world, she believes in the importance of ongoing communication, saying, "Look at the world from other people's perspective." She always kept lines of communication open maintaining some kind of dialog even with those with whom she disagreed. Angela Merkel has constantly talked about and lived out the need for world cooperation. She became an icon of stability, civility, and service.

Angela knew how to sustain stability. She calmed the nation and the European Union during the global financial crisis. At the time of the refugee crisis, she left the German borders open; about one million people came into Germany.  She said that failure to integrate them was not an option.

A scientist herself, she did not hesitate to recognize the magnitude of Climate Change and the COVID pandemic. Angela Merkel has garnered widespread esteem and is deeply respected in many countries. What a role model for global leaders and for all of us!

Posted by Norma Cook Everist at 3:21 PM No comments:

The short days of winter

We used to sit out on our deck until 9:30 in the evening. Winter dark is here, but the temperature was almost 50 degrees so we went for a walk in Central Park this afternoon. 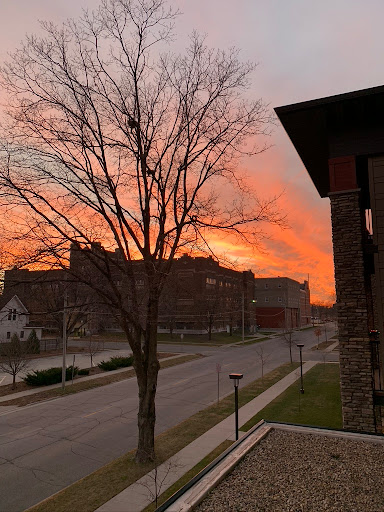 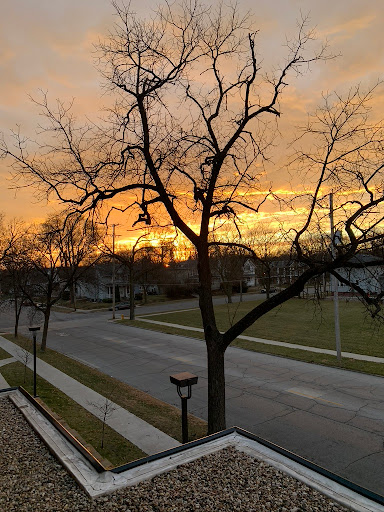 Posted by Norma Cook Everist at 5:06 PM No comments:

Black Lives Matter in Georgia today.  May they matter everywhere

Posted by Norma Cook Everist at 2:10 PM No comments:

Partnership: Not a Small Thing

It was a little thing during such a momentous day.  Did you notice?  When President Biden sat down to sign the Infrastructure bill, about 30 people, Democrats, some Republicans, and others who had worked so hard for it, gathered around.

Joseph Biden's name is short; there was no way he could have used thirty pens to write his signature. So he used only one. And then, quietly reached over his shoulder and gave the pen gently and respectfully to Speaker of the House, Nancy Pelosi. She received it and then, just as quickly, with respect and care she slipped it back to the President, placing her hand on his in genuine partnership.

Posted by Norma Cook Everist at 6:00 AM No comments:

My birth, November 6, 1938, is forever linked with the "Night of Broken Glass" three days later. On Kristallnacht (Crystal Night) Nov. 9-10, 1938, German Nazis attacked Jewish people and property. Just before midnight on Nov. 9 Gestapo chief sent telegrams to all police units informing them the attacks should not be interfered with. Rather, the victims should be arrested. Fire companies stood by as synagogues burned, with explicit instructions to let them burn.

That night led to the Holocaust where 6 million Jews were killed. In addition to those 6 million, millions of non-Jews, perhaps 5-6 million, were killed, including people with physical and mental disabilities, called "useless" people, homosexual men, Roma, Poles and other slavic people. All this because of Hitler's vision of a "master race."

Posted by Norma Cook Everist at 5:33 AM No comments:

Beauty right in Front of Us

I have seen some amazingly beautiful views: the Rocky Mountains, the bluffs on the Mississippi River, the Outback in. Australia, East Rock and West Rock in New Haven, Ct., villages in Africa. But there is also beauty outside one's own window, in one's own neighbor, such as the fall colors on the tree outside my window as I write this. What beauty do you see right in front of you? 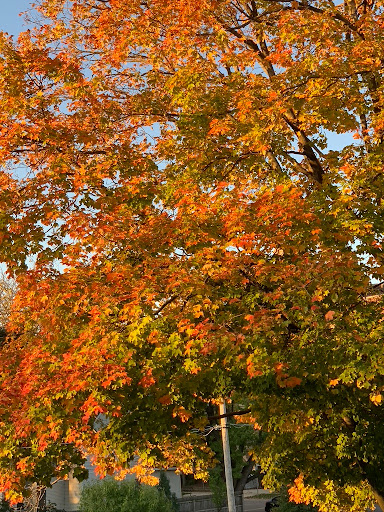 Posted by Norma Cook Everist at 8:30 AM No comments:

Discovery? How can one person "discover" a land and disregard the over 550 tribes already here, considering them either part of the paradisiac landscape or horrid savages? I plan not to honor Columbus on Oct. 11. President Joe Biden issued a proclamation commemorating Indigenous Peoples' Day, the first U.S. president to do so.  The "discovery" led to annihilation of native peoples' identity, customs, languages, and death. Rather, I need to discover the truth, learn, restore, and do all I can to right wrongs

Posted by Norma Cook Everist at 2:23 PM No comments:

I celebrate Marigolds. I know, this is the season for mums and pumpkins, but I celebrate Marigolds. They are huge and colorful right now. Hope! For years I have grown them in the inner city--the more children pick them, the more flowers come. I have grown them in our yard in four states.  They grow easily and everywhere. During this Fall when hope is slow to come by with unending COVID here and especially globally, when people have become everywhere rude, divided, frustrated, angry, when equal justice is no where near, I celebrate the endurance and hope of the Marigolds. 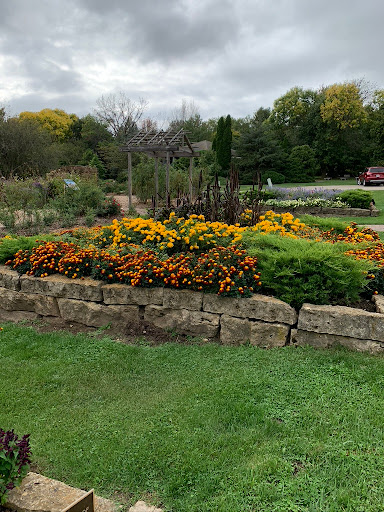 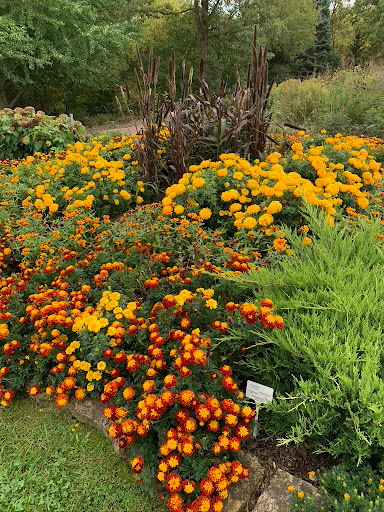 Posted by Norma Cook Everist at 5:18 PM No comments:

Shared responsibility: It's all about power. The Texas law which encourages people to be vigilantes to sue women and anyone who helps a woman receive an abortion is spreading across the country.  Why not make it unlawful for any man to have sex with a woman without wearing protection? Sexual relationships are a gift in a loving relationship and a responsibility. Power over and punishment to women still reigns. With mutually planned parenthood, there would be no rape, no abuse, not need for abortions. Unthinkable? Think again!

Posted by Norma Cook Everist at 5:47 AM No comments:

It was a beautiful evening as the Chicago White Sox and the New York Yankees played an exciting game on the Field of Dreams in Iowa Friday night. Eight home runs and a thrilling 9th inning!

The announcers seemed overwhelmed that the corn from which the players emerged was taller than the athletes.  I am pleased they loved beautiful Iowa.  I know the Midwest is often considered fly-over country, but, seriously, had the Fox announcers never been here before? (They talked about grass as so green it looked like pretend grass carpet.) Iowans often travel to Chicago, New York, California.  Many have been to most U.S. states and overseas.

I have lived in Iowa over 60 years of my life, most close to Dyersville in Dubuque.  I went with my father to Des Moines Bruins (Chicago Cubs minor league team) as a child.  When I lived in St. Louis, we had the Cardinals. When we lived in Detroit, we cheered for the Tigers.  When we lived in Connecticut, one of our son's cheered the Yankees while another cheered the Boston Red Sox.

One game announcer said, "Iowans have probably never seen a Major League game before" The other chimed in, "It may take awhile before the 8000 fans here realize this is a real ball game."  The cameras showed one out-of-Iowa player taking a bite of corn right off a stalk and then spitting it out, finding it was not sweet corn but field corn.

But the field WAS beautiful.  The weather was perfect, unlike the terrible storms in the days before. The sunset gorgeous.  Welcome to Iowa any time.

Posted by Norma Cook Everist at 2:30 PM No comments:

While CVID roared across the world and the fires and floods from the Climate Crisis covered the earth, including Greece, the home of the Olympic games, we watch the global celebration. Japanese children, singing at the Closing Ceremony pointed us to an unknown future. Hope!

Athletes from over 200 teams participated in 339 events. People from 93 nations won metals. Yes, of the 11,090 participants, more women than men won. In the United States 66 of the 113 medals were won by women. Title Nine, past almost 50 years ago, has made a difference. The mayors of both Tokyo and Paris--which will host the 2024 Olympics--are women. However, the goal is not to have more women than men, but more equal numbers of women and men from all countries.

Faster, higher, stronger, together!  That is our hope. 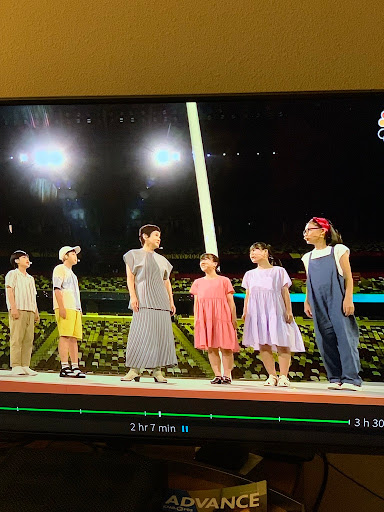 Posted by Norma Cook Everist at 5:26 AM No comments:

Bombs and Baptism.  Today is Hiroshima Day when the United States dropped an Atomic bomb on Japan 76 years ago.  Today is also the Baptismal Day of myself and my son, Kirk; I, 6 years before August 6, 1945, and Kirk, 30 years after my baptism.  I was baptized in the home of my Aunt and Uncle in Garner, Iowa (we lived in Des Moines), and Kirk in the backyard of Gethsemane Lutheran Church in Detroit, a statement to the neighborhood (many neighbors came) that we could be outside together one year after the Detroit Riots.  Bombs and guns are with us still.  Baptism in Christ joins us together now and forever. 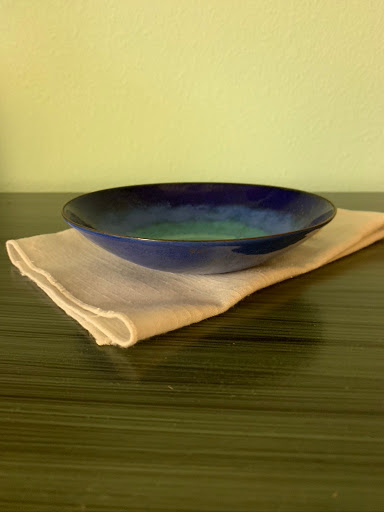 Posted by Norma Cook Everist at 5:41 AM No comments:

Scroll Down for 10 Recent Entries

1. Lift Every Voice
2July 1 in Canada and the Netherlands
3.Juneteenth Conversation
4.Birth Stories
5.Urgent Choices
6. A Killing Culture
7.Witnesses to Truth
8.Marigolds and the Climate Crisis
9.Remembering Prince Philip
10.We Need Everyone to be Able to Vote, to Sing Again.

Click on Norma's photo to go to her Wartburg Seminary homepage.

Norma Cook Everist is a Lutheran pastor. A teaching theologian, she is Distinguished Professor of Church and Ministry emerita, Wartburg Theological Seminary in Dubuque, Iowa, USA. Dr. Everist is a widely known lecturer and author of many books and articles. She helps foster communities of shared power and partnership that enhance learning for leadership in the church and public world.